Welcome to the Writing and Digital Media Studio

Is there life beyond the digital??? 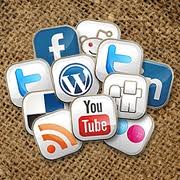 During my recent travels to conferences, I counted on having internet and cell phone access.

Imagine my dismay when I discovered that neither St. Thomas or Puerto Rico has Verizon service, and that internet would not be consistently available! What? Uh, are they in the dark ages? OMG!

My first reactions (not in the order listed) were:

Arrrrgh! Yikes! No internet in the room. What will I do? How will I communicate with my classes! Oh no, I’ve been sucked up by aliens to a galaxy far, far away!

Initially, I found my fingers groping for the cell phone while I stared helplessly and clicked furiously -hoping to somehow beat a signal into the phone. Then, I tried calling home and discovered that my phone was roaming at $2/minute. Well, that won’t work. Uh, how will I play Words with Friends? How will I update Facebook?

Next, I hurried down to the hotel restaurant where they had open wifi and picked up essential emails; checked Facebook, and made my play on Words with Friends. Ok, so at least I am somewhat in communication. Yep, the students emailed me; no, they didn’t all get their work posted; answered three desperate pleas for help; told them all to read the instructions.

I can’t work, so maybe I’ll go to the beach after the sessions.

Oh no, not again. No phone service. Yikes, my friend’s apartment has NO Internet! Really. Aren’t we in the 21st century? Ok, that’s a rhetorical question. Hmmm. I’ve survived so far, let me check at the conference. Good, the conference has free wifi.

No point in calling home at $2/minute roaming. Emailed everyone that I would be offline most of the time. Checked Facebook during the conference; answered student emails; oops, better pay attention -this is a small group and they are noticing that I am not listening. (Am I becoming one of my students?). Words with Friends will wait.

I can’t work, so maybe I’ll go hang out with my friends after the sessions. Hmmmm, good food in Old San Juan – ceviche, pasta de guayaba. Did I tell you that I bought some brazo gitano for the Studio 3880 class.  Went to Bebo’s restaurant for a yummy mofongo con pollo y salsa creole.

Moral of the story:  Life in the digital age is complicated :)))))

2 comments on “Is there life beyond the digital???”

This entry was posted on November 19, 2012 by creoleana in Fun Stuff.